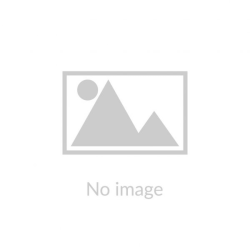 Quorum Silver
ANTONIO PUIG
Eau De Toilette
100ml For Him
Fragrance
Quorum Silver Cologne by Puig, Quorum Silver is a woody spicy fragrance that was launched in 2005 . It opens with top notes of ginger, bergamot, artemisia, cardamom, mandarin, and lavender. Its middle notes consist of red pepper, cinnamon, and nutmeg. Its base contains notes of cedar, guaiac wood, patchouli, and amber. This fragrance has moderate sillage and is long lasting. This fragrance was released by Puig, which is a company that was founded in Spain in 1914 by Antonio Puig. This brand specializes fragrances and beauty products. The company is completely family owned even though it has expanded to sell its products internationally. The founder’s four sons inherited the company have worked in various parts of it, with two focused in perfumery and two focused on the business side. There are now third-generation family members involved in the company. The brand has collaborated with several popular celebrities and successful companies, such as Prada, Shakira, and Carolina Herrera. All products are original, authentic name brands. We do not sell knockoffs or imitations.