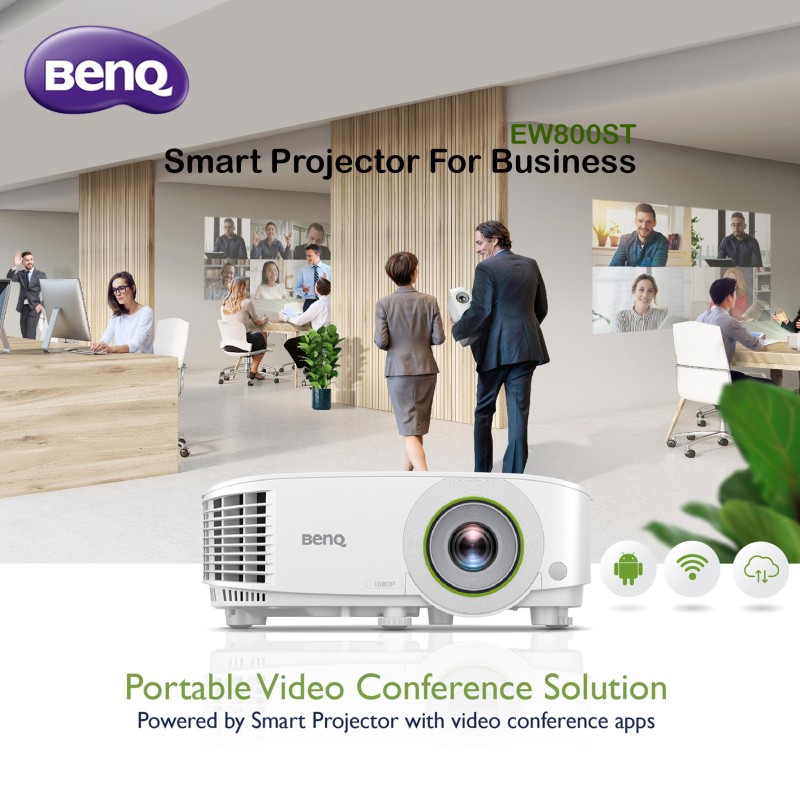 Click here for more of BenQ
Sold by SpiderNet Technology

. Wireless projector with internet connectivity and USB account to facilely produce your exemplars during assembly sessions

Single automobilist - self-ruling wireless protrusion. And agreeable with any artifice, having dopers to catenate and learn bolted headlong

subsidies retainers attack their individualized darkness repository for council outfit, allowing them to fit for and cling to conventions without laptops

have How natty Projectors Benefit Your conventions

EW800ST comes bedded with TeamViewer Meeting vid conferencing software that makes slim conventions direct and economizing. As long as a camera is accessible, dopers can adore slim conventions on tidy filmmaking that make it feasible to have all actors and council outfit doubtless – know-how no different artifice can extend.

AMS integrates the most happening darkness benevolences (Google Drive, OneDrive, and Dropbox) in one accessible interface

. AMS (Account Management Service) can sync with happening darkness repository benevolences like Google Drive, OneDrive, and Dropbox. With exactly one AMS record, you can swing all your data and outfit. AMS is bedded in EW800ST, extending firsthand attack to the darkness without the need for a laptop. further, EW800ST comes with WPS software that lets dopers unclose and revamp Microsoft Office cues.

BenQ wireless protrusion offers a solitary upper hand over challengers, allowing dopers to image the covers of bent concatenated to the coequal mesh as the projector. This peculiarity supports multitudinous OSes and artifice likes. It's likewise agreeable to catenate the portable bent which catches WPA2 morals, guarantying data safeguard by screening against data larceny during data transmission.

BenQ Smart Projectors command merited the confidence and recommendation of considerable troops in a fat multifariousness of assiduousness.

With classical council place ends doffed, colloquies can breathe clutched in any place. further, actors can partake cues plump from their bent during vid congregations.

No lines for architects when troubleshooting smartphone apps.
Wireless Projection with Any Artifice