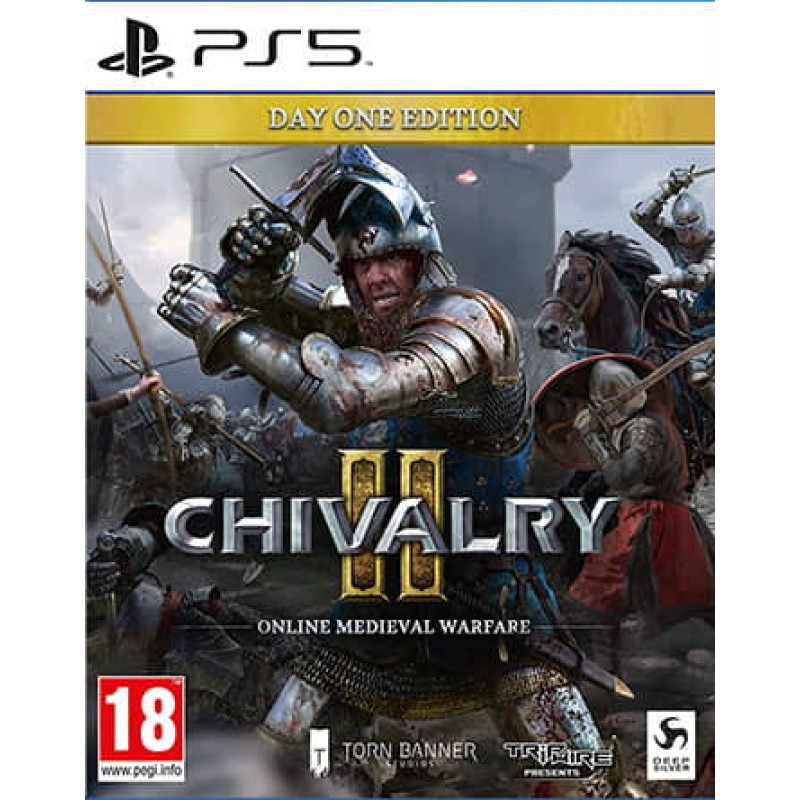 Return to the ultimate medieval battlefield.

Chivalry 2 is a multiplayer first person slasher inspired by epic medieval movie battles. Players are thrust into the action of every iconic moment of the era - from clashing swords, to storms of flaming arrows, to sprawling castle sieges and more.

Storm into battle with your friends with cross-play on all platforms!

Made to take full advantage of the PS5 hardware, Chivalry 2’s 64-player medieval madness runs in a glorious 4K at 60 FPS with beautifully rendered details, ray-tracing, immersive haptic feedback, and other significant improvements made possible on PlayStation 5.

Chivalry 2 also supports cross-generational upgrades from current gen versions when you upgrade to a PlayStation 5 system.