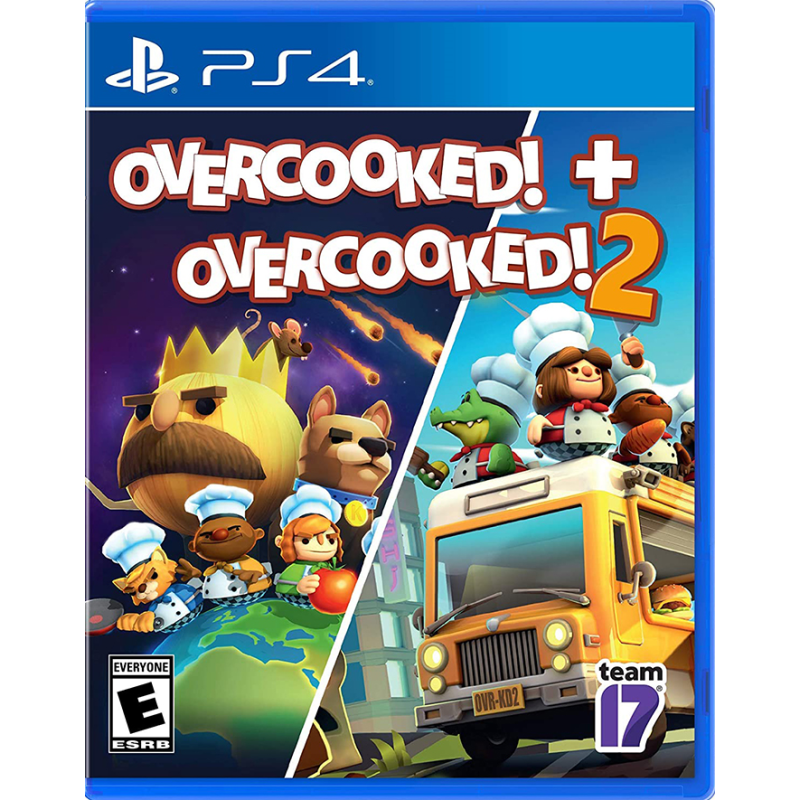 The Onion Kingdom is in peril again and this time it is the fault of the Onion King himself! Reading aloud from the fabled Necronomnomicon, he has cooked up a real problem in the form of a doughy but dangerous army of UNDEAD BREAD called…The Unbread! The Onion King needs you, so chop, fry and bake your way through an all new series of crazy kitchens to defeat them and save the kingdom.

Overcooked 2 is a chaotic co-op cooking game for 1-4 players in which you must serve a variety of recipes including sushi, pasta, cakes, burgers and burritos to hungry customers in a series of unconventional kitchens. Whether it be a hot air balloon, a magical Wizard’s school or even another planet, you’ll have to be bready for anything. Work solo or with up to three friends to prep orders while overcoming obstacles such as fire, collapsing floors, overbearing waiters and of course, the classic kitchen problem of floating work surfaces.

For the first time you can cook up a storm with up to four players in both local and online multiplayer!

Throwing is now an official game mechanic, allowing you to toss ingredients to your fellow chefs or even straight into the pan/blender/onto the floor!

Overcooked 2 sees the introduction of new game mechanics including moving walkways, controllable platforms and even portals!

Throwing you from the frying pan and into the fire, dynamic levels will change around you, offering a new challenge to overcome as the recipes and levels themselves change!

As you drive, sail and soar your way around the map in the Onion King’s amphibious air bus you will open up new areas using hidden buttons around the world!