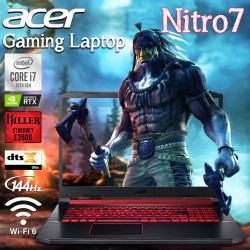 24%
Porodo Bluetooth Selfie Stick with Tripod
Product DescriptionYou can release your hands to take picture as you wish and control it remotely,..
SAR103.95 SAR78.49
Add to Cart
Add to Wish List
Compare this Product

75ml Eau de toilette For HER
Fan di Fendi Blossom  is a new scent of spring and cherry blossoms. Launching in March 2014, it is a part of the Fan di Fendi collection that, as far as the line for women goes, includes the original Fan di Fendi from 2010, Eau de Toilette edition from the 2011, Fan di Fendi Extreme from 2012 and Fan di Fendi Eau Fraiche from 2013.
Fan di Fendi Blossom from FENDI focuses on Sakura Japanese cherry blossom and exudes joie de vivre. The beginning of the composition is made of fruits such as Japanese pear and raspberry. Delicate scent of cherry blossom fills the heart, wrapped in a veil of Egyptian jasmine and Chinese magnolia. Slightly powdery base consists of vanilla and white musk.
esigner  Narciso Rodriguez continued with his minimalistic sensual fragrant creations made famous by his debut Narciso Rodriguez For Her from 2003, with the new edition Narciso Eau de Parfum from 2014. In June 2015, its new version Narciso Eau de Toilette was presented in a square, black bottle.
The fragrance is available as 50 ml Eau de Toilette.
MAIN ACCORDS
Japanese Cherry Blossom - Pear - Raspberry - White Musk - Magnolia - Pink Pepper - Vanilla- Egyptian Jasmine
ABOUT US: WE'RE MUCH, MUCH MORE THAN JUST A eCommerce WEBSITE
THROUGH OUR LONGSTANDING CONTACTS THE WORLD OF PERFUME - WE HAVE OUR FINGER ON THE PULSE-POINT OF EVERYTHING THAT'S HAPPENING - AND WE ARE DELIGHTED TO SHARE IT WITH YOU HERE