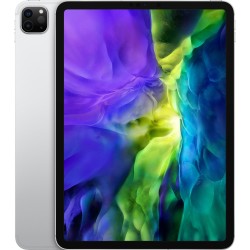 Product description:  Google Chromecast 2 - A brand new and improved version of Google popular streaming device. If you connect your device through an HDMI port to your television, you can start playing on the big screen simply by playing content from Youtube, Netflix, Google Play Music, Google Play Movies, or other services.

Differences from the old version:  - a new shape and connection solution  - Improved and more powerful HW  - Enhance a SW application that predicts your next steps and buffers the video in advance

Chromecast comes with a lightweight version of Chrome OS, but all control is via your smartphone, tablet, or computer. In practice, it is enough for a user to launch one of the above services on their smartphone and click the appropriate button. If your Chromecast and smartphone are connected to the same home Wi-Fi network, movies or music will be instantly played on your TV.

However, there is no streaming in the true sense of the word. Chromecast just gets information about the content, such as a YouTube video that downloads itself and starts playing it. If you start playing on a mobile device at a certain time or move it during that time during playback, it will be the same as the video played on the TV.

In addition, Chromecast is a multiplatform device that understands not only Android but also iOS and computers with Chrome installed.

Jabees Beating Plus Bluetooth Sport Headphones
Get rid of the wires when exercising! Jabees beatING Bluetooth sports headphone can handle your rigo..
SAR107.47
Add to Cart
Add to Wish List
Compare this Product

Promate Kraft-QC 3 Port USB Wall Charge (UK Plug) White
Kraft-QC has the simplest and most practical design ever that makes it a fantastic addition to you..
SAR70.04
Add to Cart
Add to Wish List
Compare this Product