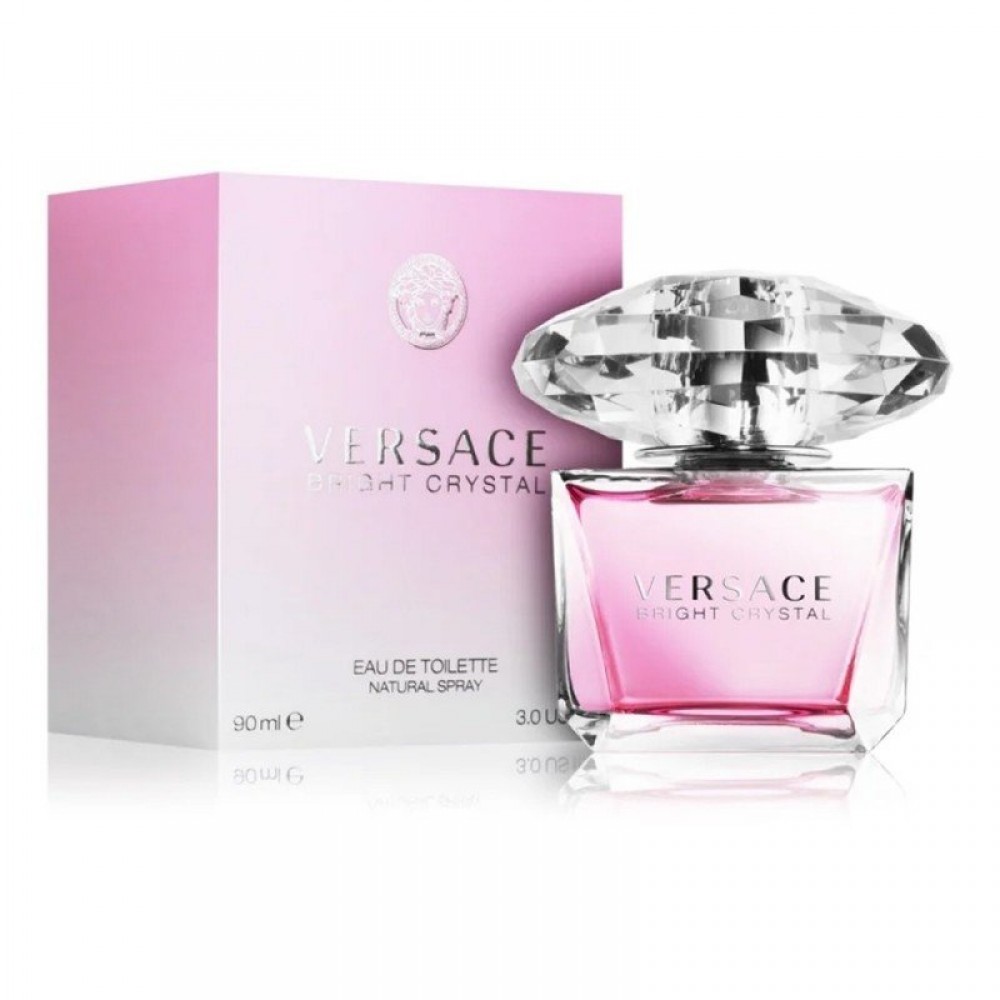 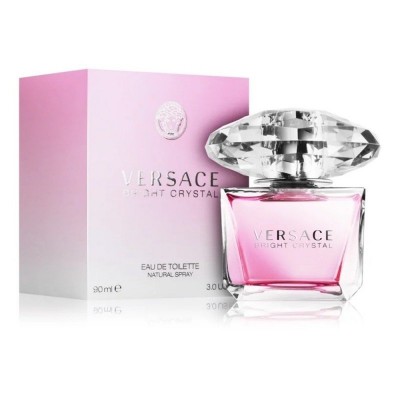 The pink colored bottle announces softer and more luminous fragrance in comparison with Crystal Noir. Nowadays popular fruity note gives the composition slightly gourmand nuance. The top notes are pomegranate, Yuzu and frosted accord. Peony and magnolia are in the centre of the composition, while waterly fresh lotus note moderates the intensity and sweetnes of the floral accords. The opulent base introduces amber note extracted from plants, musk and red woods. The fragrance was designed by Alberto Morillas in 2006.

Versace is an Italian fashion design house founded by the late Gianni Versace and continued by other members of the Versace family after his death. Debuting with a line of women's wear in 1978, the company was an instant success. A men's line and the company's first boutique in Milan followed in that same year. Gianni Versace chose the Medusa symbol as his company's logo. The company's luxurious clothing and accesories are characterized by influences ranging from pop art to classical Greek and Roman architecture.

Versace became a favorite amongst celebrities—Elton John was an early fan—and the house is unique among Italian fashion houses for its consistent use of celebrities in advertising campaigns. Celebrities who have at one time been the face of Versace include Madonna, Ashton Kutcher, Britney Spears and Halle Berry. Some credit Versace with contributing to the "supermodel" phenomenon of the 1990s when the company cast every top fashion model for its 1991/1992 Autumn and Winter runway show.

Gianni Versace fell victim to an American spree murderer in 1997, but the company continues offering fashions and fragrances under the direction of his family. Sister Donatella, formerly the vice-president of the company and the leader of the Versus division, as well as Gianni Versace's longtime muse and the inspiration for the fragrance Blonde (1995), took over as creative director. Older brother Santo Versace is president and CEO. Niece Allegra Versace is 50% owner of the company.

ABOUT US: WE'RE MUCH, MUCH MORE THAN JUST A eCommerce WEBSITE THROUGH OUR LONGSTANDING CONTACTS THE WORLD OF PERFUME - WE HAVE OUR FINGER ON THE PULSE-POINT OF EVERYTHING THAT'S HAPPENING - AND WE ARE DELIGHTED TO SHARE IT WITH YOU HERE